One initial task in VisualMusic project consisted of talking to live performers to collect requirements for the application. In research terms, they act as “informants”, ushering us into the world of visual live performance. Reaching them, though, was all but an easy accomplishment! Apart from devising a scientific protocol to capture the information that was needed, a great deal of effort was spent finding a way to reach informants who had experience in the sector. Several scouting strategies were put into place to this purpose.

The University of Padua team scavenged the Internet for contacts and came up with a list of over 200 stakeholders in the live performance sector to invite to the online survey. Other partners contributed contacts. In the consortium itself, the champion contact seeker was surely Link Association, able to point researchers to the right venues and to arrange interviews with a variety of actors.

Among those who came to our rescue from outside the consortium was AVnode, a co-funded project by the Creative Europe Culture Program (https://avnode.org/): a few hours after being asked, they sent our request to all partners in their network, posted the request on their newsletter and website, and mobilized some local community. Online surveys have drawbacks, though, one of them being the high number of drop-outs and rejection rates from invited respondents. So the initial address list was actually just the starting point of a set of iterative refinements where new personalized invitations were sent via social media, telephone, and emails and new contacts sought. We finally made it, and reached our target amount of 120 and more informants to gave us an articulated yet consistent picture. 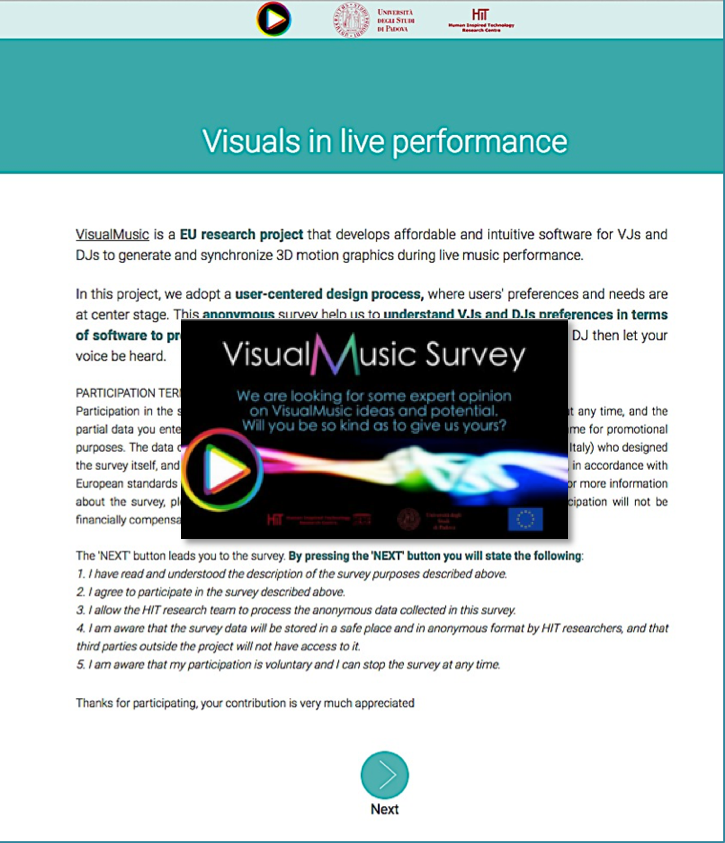